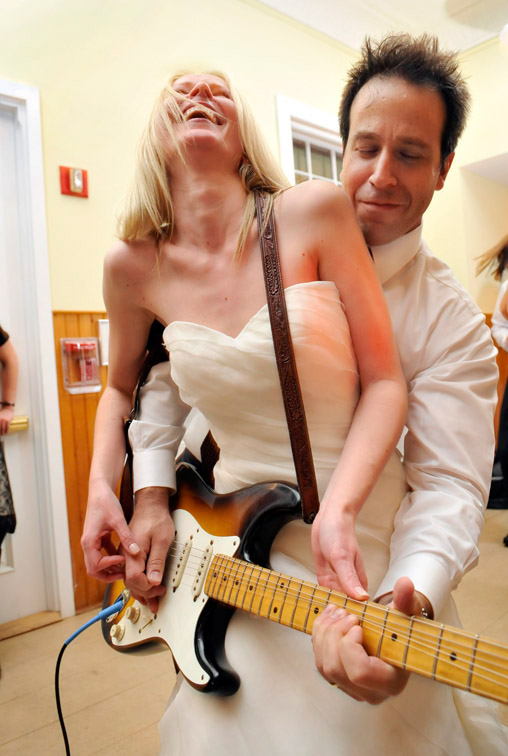 1) DUWENDE- a six person a cappella group singing a selection of Michael Jackson, Prince and other R&B songs. Complete with vocally produced beat box drums and bass, Duwende must be seen and heard live to be fully comprehended. Totally danceable, original and crazy fun!

2) TICKLESLAP MUSIC- Hamptons based couple Peter Martin Weiss (upright bass, guitar, vocals) and Jane Hastay (piano, vocals) will serenade you with a romantic selection of steamy jazz standards, classical pieces, and some pop thrown in for good measure. The perfect choice for creating an intimate vibe, Peter and Jane are consumate musicians and even nicer people.

4) THE HUMDRUMS- Rather than try and describe what they do, I'll let their bio sum it up: "We play rock and roll music. No, really, 3 chord, old school Rock and Roll music, guitars straight into the amps, saxophone, piano, and drums. A pinch of rockabilly, a dash of doo wop, and nothing after 1960. Spud (Bryan Dunn), Spats (Andy Mac), Mitch "Magic" Marcus, Peanut Butter Preston and Buzz Buzz (Chris Hiatt) are all vets of the New York City music scene who crossed paths at different times and places. Spud was listening to a lot of old records and realized this music deserves, no, DEMANDS to be played live where the crackle and hum isn't coming from scratched vinyl but the electricity coursing through the PA system. So the call went out and the Humdrums were formed to remind the world that Rock and Roll will never die as long as it's played live."